Analyzing the impossible: how the Kansas City Royals can get a second wild card spot

A couple weeks over at The Athletic, the concept of the Royals front office still believing that they will be able to contend for the second Wild Card spot in 2019 was reinforced.

“The Royals are talking internally about making a run at the second wild card, and the idea, at least according to the math, is not as crazy as it sounds,” the article said.

As it stands according to Fangraphs, the Royals have zero chance at making the playoffs whether it be division or wild card. At the moment, the Royals have the second-worst record in the American League and sit at a record of 18-37, 19.5 games back of the first place Minnesota Twins and 10.5 games back of the second wild card spot. The wild card deficit is not as impossible as it sounds. In 2011, the Tampa Bay Rays were 8.5 back of the Red Sox and Yankees on September 1 and got into the big dance on the final day of the season. So there is still reason to believe in a full 180 where the Royals turn it around. However, there is a reason why we are pointing to the Tampa Bay Rays and not anyone else. It doesn’t happen that often and even the Rays were playing above .500 at this point in the season. 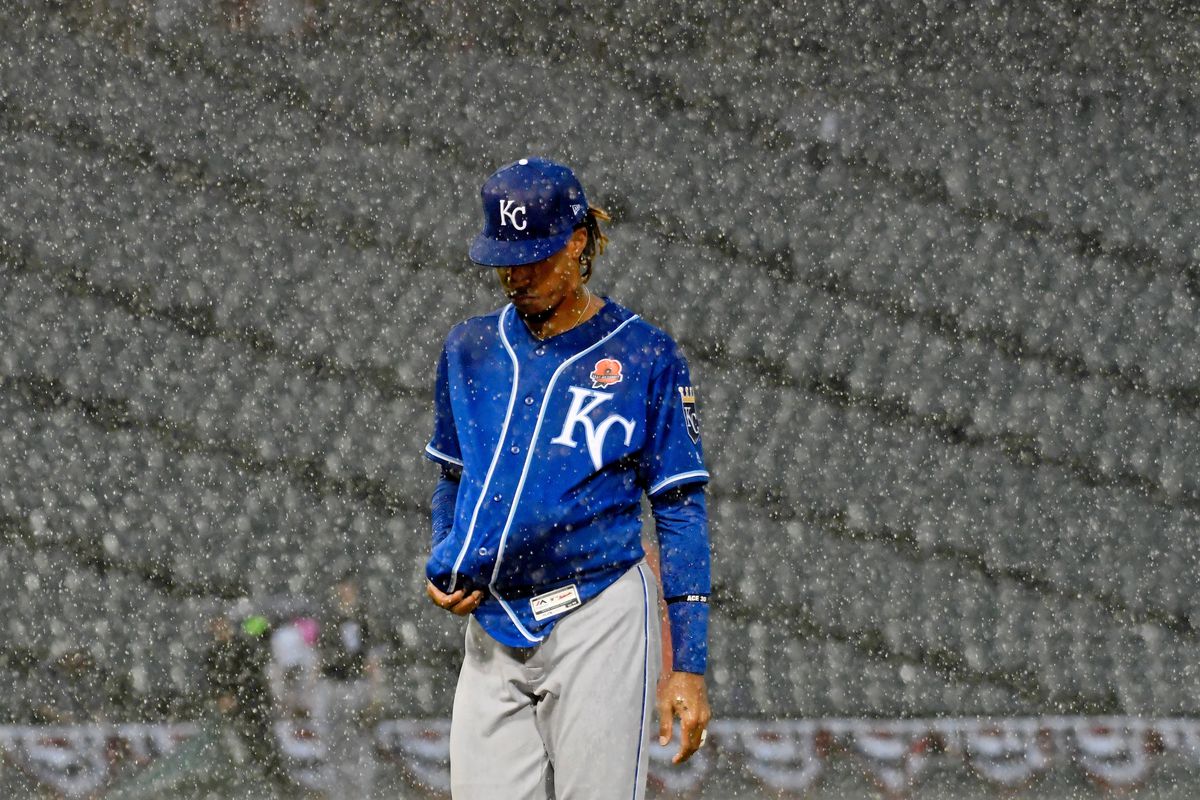 On the flip side, there is plenty of reason to believe that the Royals can turn it around. The offense has been exceeding expectations and there is still hope for them to do better as the season progresses. The rotation has revamped lately as Jorge Lopez has reverted to a bullpen role and Danny Duffy has looked good since coming off of the injured list. Lastly, the bullpen cannot be as bad as it was at the beginning of the season and has been beginning to turn it around over the past six weeks. Having said this, the Royals would still have to leapfrog 10 teams in order to be dancing in October.

So, if you are trying to convince yourself that the Royals can make the playoffs, find some reasons why they are better than the Red Sox, A’s, Blue Jays, Orioles, Indians, White Sox, Tigers, Rangers, Angels, and the Mariners. It will be a tough stretch and will take a lot of luck to bounce the Royals way but as we saw with the St Louis Blues in hockey, it is possible to overcome a tough start and get into the postseason.